Crates are a good feature to use your code on different projects or share it to the world. But sometimes you just want to keep it private.

Since Cargo 1.34 was released, we are able to create private crates instead of the public ones that are published on crates.io. Here we are going to give a brief introduction of what you need to do to create, push and pull your first private crate using CloudSmith.

First of all if you’re working on an organization, you’ll need to be invited to it. After accepting the invitation be sure you’re added to the team, and just then, you’ll have access for uploading and downloading Crates on your org. Here is an image of how the crates page of Joylabs look like: 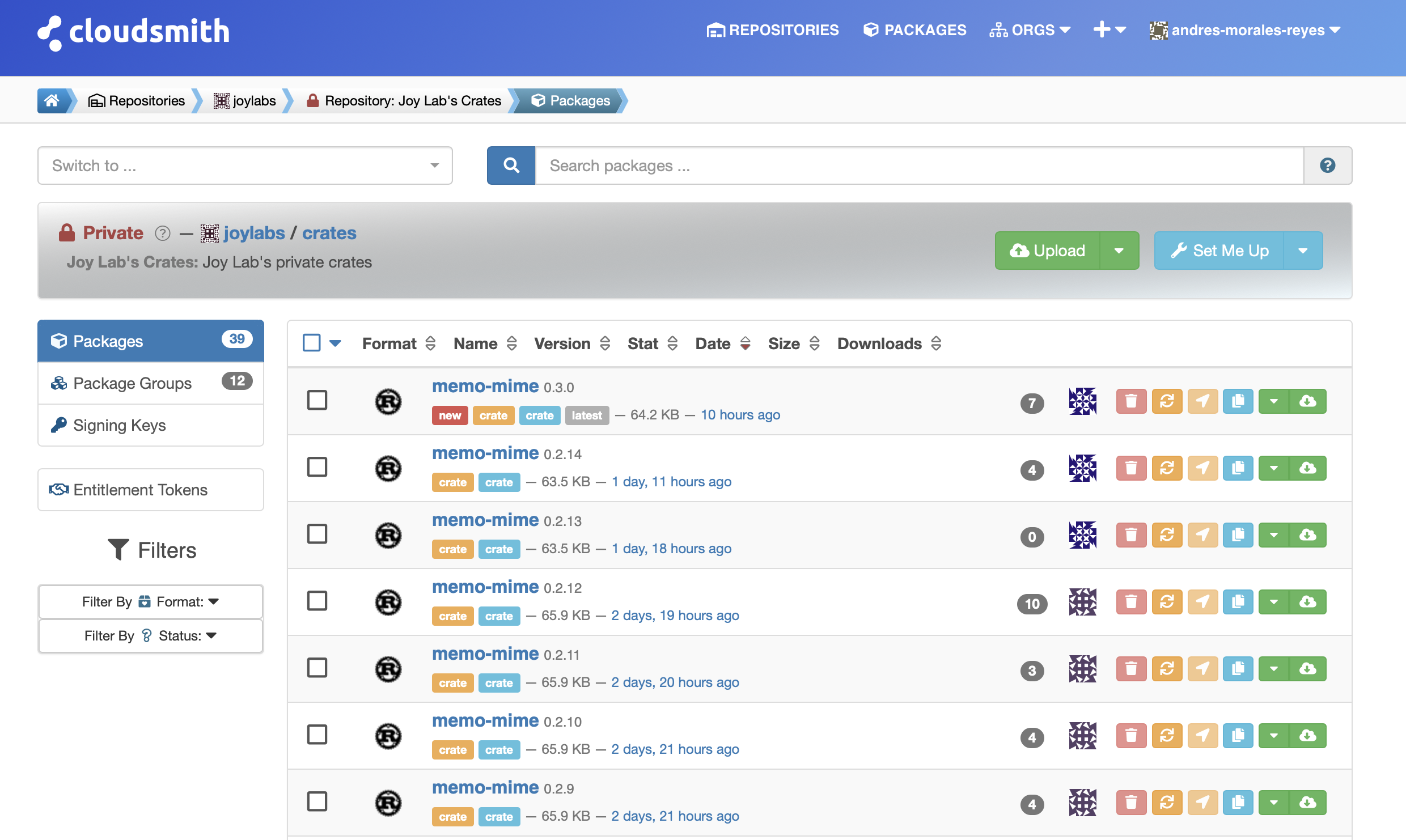 For accessing a remote repository over HTTP we’ll be using git, because that’s what is used by cargo [1]. For doing that you’ll need your API key from Cloudsmith and run the following commands:

Now you’ll need to install the CloudSmith CLI, and you can do it this way:

Now in the project you want to publish, use the following steps to create your crate an push it to CloudSmith privately 🤩:

You can also follow this instructions on this video tutorial

Congratulations now you have your first private crate on CloudSmith ready to be pulled!

Now for pulling a crate that you already have on your CloudSmith repository, follow the next steps:

All right, now you’re able to push and pull your private repositories on your project, cool!